2 free apps
for smartphones and tablets

174 ethical digital guidebooks
on our apps

The viaduc des fauvettes, this magnificent structure from 1913 which, thanks to the CoSiRoc, offers Ile-de-France residents the opportunity to climb routes of more than 15m outdoors! 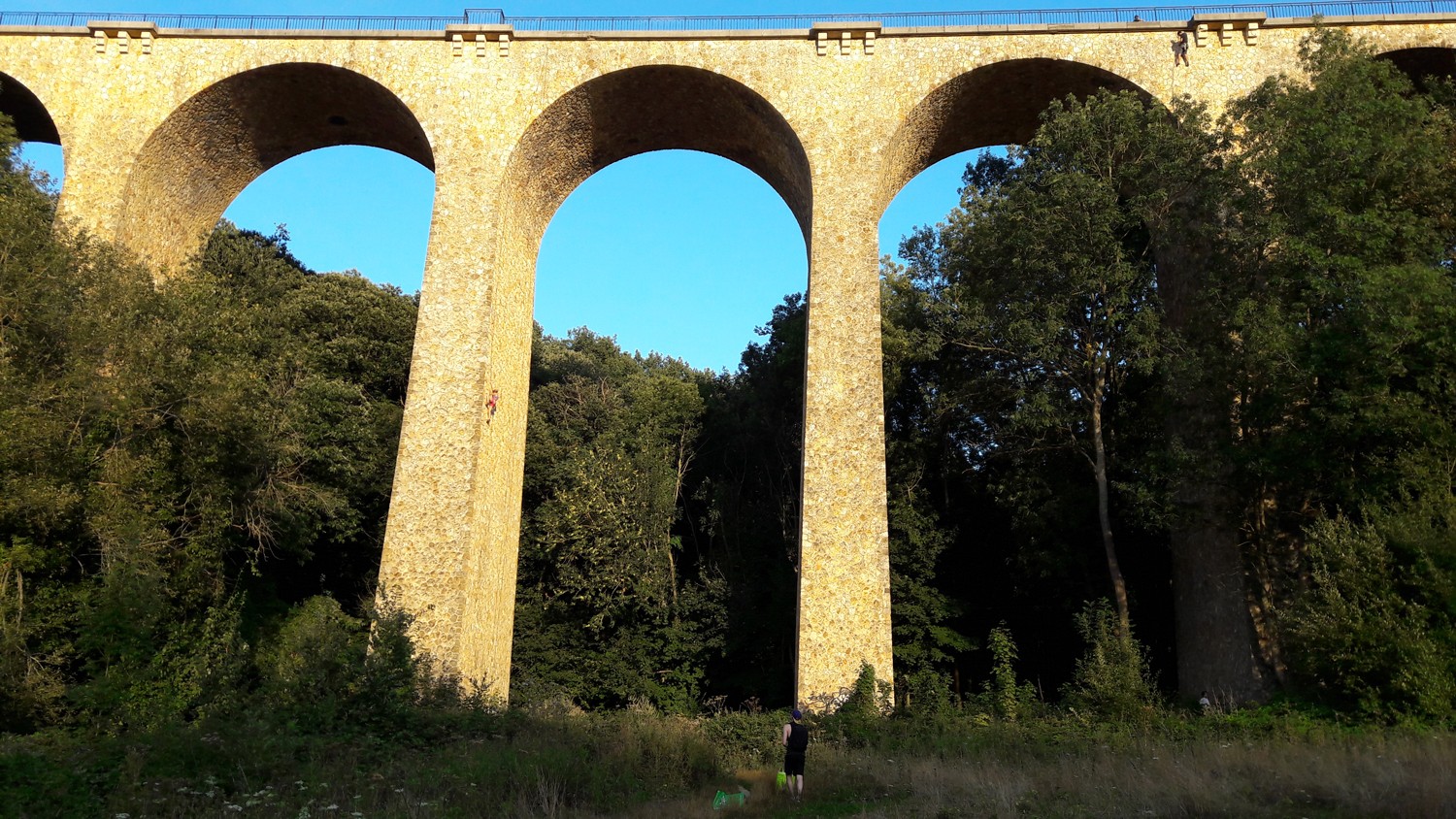 It has a particular history for us since it is one of the first digital guide that we were able to offer you in June 2014!

So it's been five years already!

And in five years, a lot has happened!

In total, the viaduct offers 2600 metres of vertical routes among its more than 120 routes spread over its 11 pillars!

A new 2019 guide book, also completely revised, describes its 120 routes and everything related to the Fauvettes  (history, environment, culture, etc.). And Jean-Yves Derouck, author of the book, kindly passed on his diagrams and new informations to us so that our digital guide could benefit from it.

It is therefore a brand new digital guide and up to date that we propose to you and which takes up the graphic design of the book.

As usual, free update for those who have already purchased it and for others, you will find it on the shops of our Android or iOS applications for less than an entry in the climbing gym :) 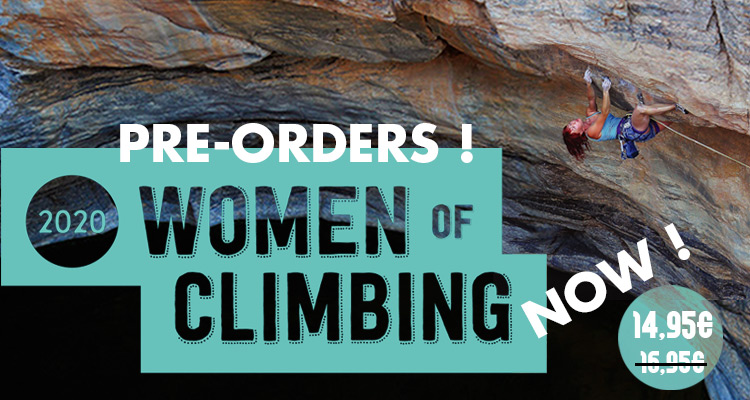 We love amazing rock climbing photos at ClimbingAway. This is the reason why for 2 years, we have been selling THE reference climbing calendar in our humble opinion.

The Americans of Sharp End Publishing have been publishing the famous Women Of Climbing calendar every year for more than 20 years!

Last year, we quickly experienced a stock shortage. This year, we have therefore decided to propose it as pre-orders!

You will be able to benefit from this "collector" calendar at a very competitive price since by pre-ordering it now, you save 2 euros!

And of course, you are guaranteed to have it under your Christmas tree:)

ECI 38 trust us again! After the digital guide of the désert de l'écureuil, it's now the turn of Saint-Paul de Varces to see the day on our digital platforms! 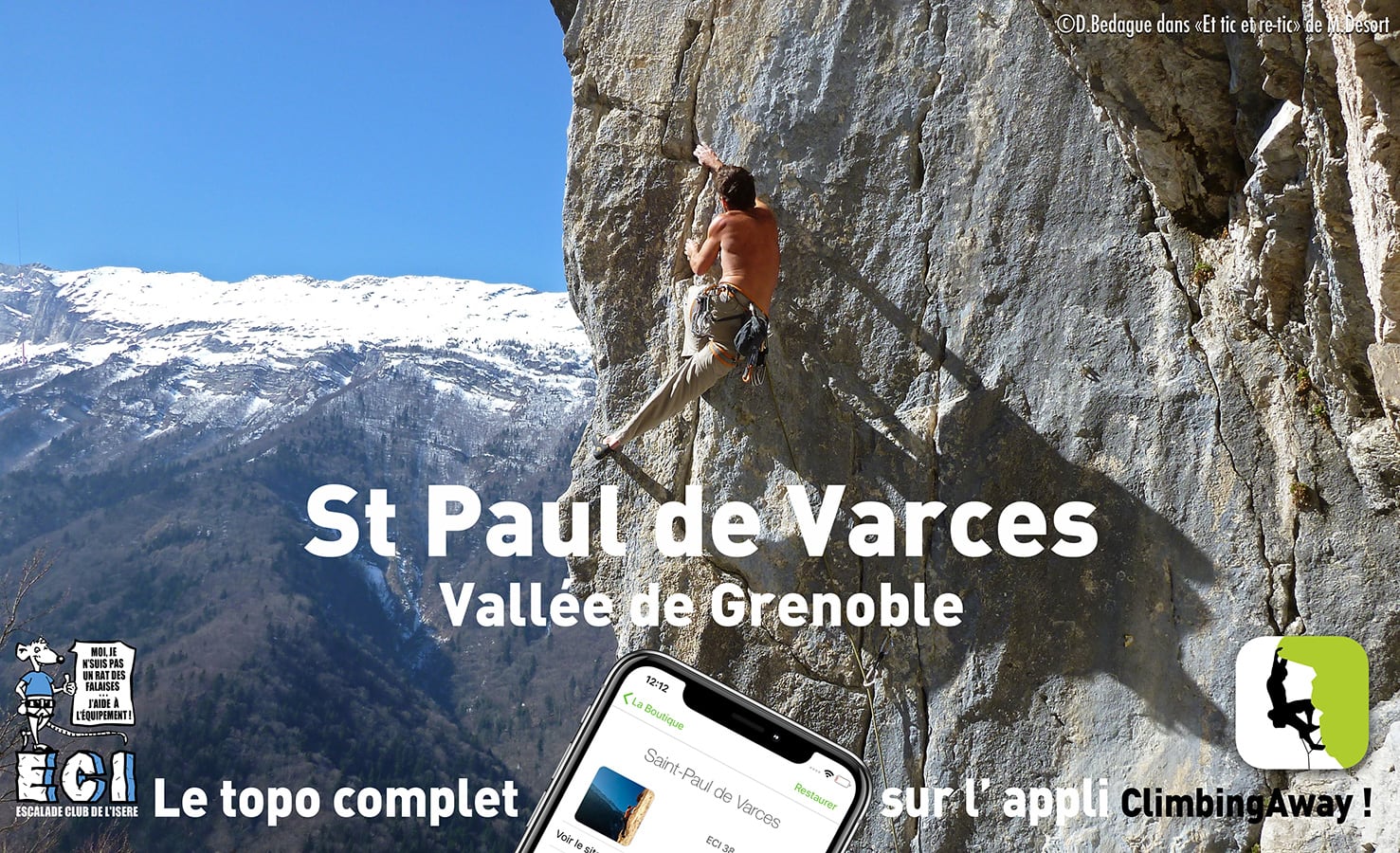 A very long cliff, not easy to take in picture because of trees at the foot of the routes; a meticulous work between artist graphic designer and hard-working bolters, meticulous and careful to the smallest details.

A first visit of Hervé Rondeau in 2000 is limited (scared by hunters squatting the bottom of the crag) to the equipment of two routes in a very high area ... to be continued.

Under the initiative of Philippe Peyre and Philippe Gay, St Paul finally removed from anonymity in 2003 with few routes in the Sex St Paul and St Paul Spot sectors.

In 2010, back to business: Thierry Bienvenu invited many ECI bolters to banquets, including the "trainee", "Yush" and the return of the "wolf" ... (See History Genesis St -Paul on www.eci38.fr).

This period sees the extension of the sector Second couteaux and the opening of Tous bourrins, Polenta, Vire du Silence, Conquête d'épaule and Stagiaire.

In 5 years the number of routes goes from 10 to more than 80! A nice example of collective equipment.

Today, the guide made by all this small world and published on our ClimbingAway apps proposes a great variety of routes.

The level remains quite demanding with more than 40 routes in the 7th degre, but the climber of 6th will find his happiness with as many routes. There will also be two 8a and 4 "unrealized" routes ... And a few more projects!

As usual, by buying a ClimbingAway digital guide, you contribute to the maintenance and development of the crags. Much of the revenue going back into the local economy through ECI 38.

Again ! We propose the second ClimbingAway photo contest! Amazing pictures has been send last year and we gave many gifts to the 20 first one. Lot's of nice prizes: Men or Women shirts, free digital guides ...

Like last year, you can send up to 5 climbing photos with the name of the site concerned to:

This email address is being protected from spambots. You need JavaScript enabled to view it.

Join your name, your postal address and the operating system of your smartphone (iOS / Apple or Android).

For those who will take the opportunity to try out the climbing photo, look at the best pictures we already have might be helpful :)

Good luck to everyone ! 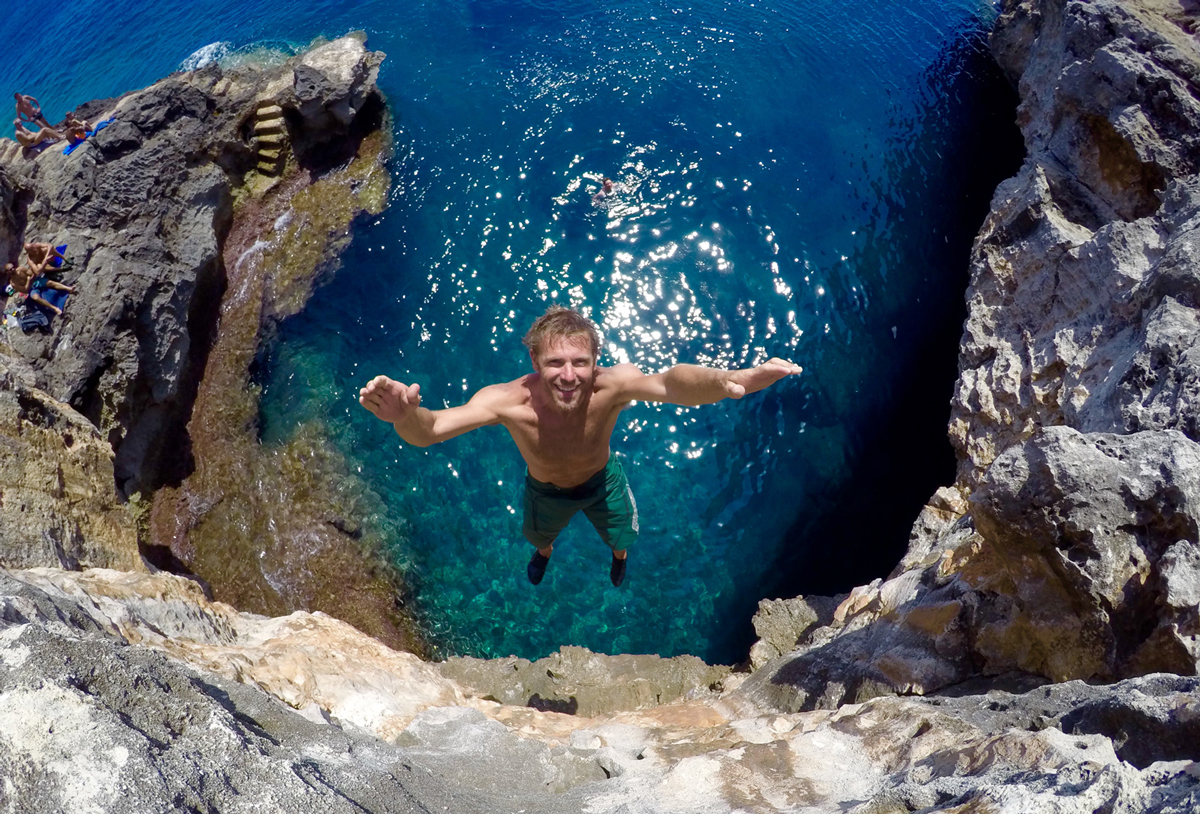 The topos of Céuse and Corsica underwent a huge facelift embedding important updates provided by the authors of the offical paper guidebooks.

And of course, those who have already purchased the topos benefit from these free updates / improvements!

The new edition of the paper guide was released in 2018 and Laurent Girousse provided us with all the updates that we reported on our digital guides. Hundreds of additional routes, adjustments / refinements of grades, new sectors (colors of autumn, Lumineuse, Butterfly) bolted by newcomers. In a nutshell, a guide almost made from scratch :)

What is obvious in this update is also the huge work of historical research that the authors have done. Indeed, the crews behind the genesis of almost every channel (among more than 600 indexed!) are indicated. This is an important information for the authors / climbers / crew who can recompose a piece of history of the cliff. About that, the Android app has been updated (see below).

As usual, Céuse can be bought on our apps, in its "entirety" or by packs / sectors: 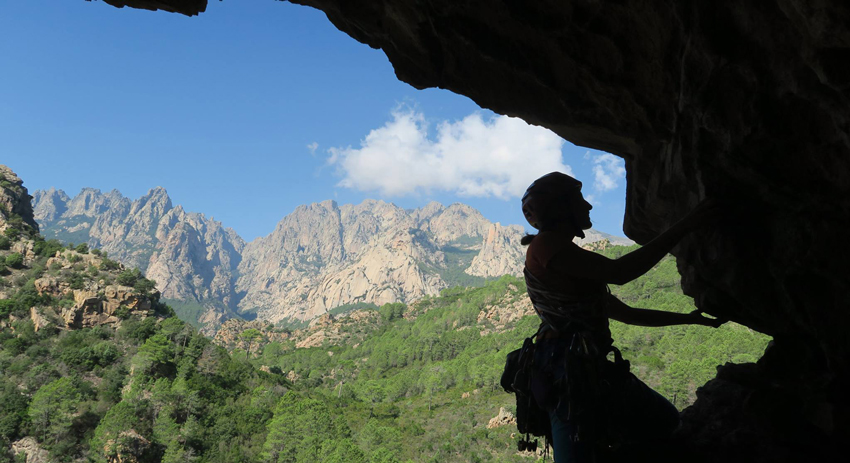 Corsica has also seen a big update, coupled with the birth of new packs. You now have access to all the sporting crags of Corsica up to date. Either a little more than 2000 routes!

The authors decided to propose the following division:

In each pack, you can buy guides unitary and again, an amazing job has been done by Thierry Souchard and Bertrand Maurin to offer a maximum of information, news (including the new area of La Lonca which has the big advantage of being climbable in summer) and bolters most of the time. In addition, a lot of additional information has appeared for guides buyers with a lot of practical information.

To be able to treat and displays theses informations, iOS and Android apps has been updated with some new features : 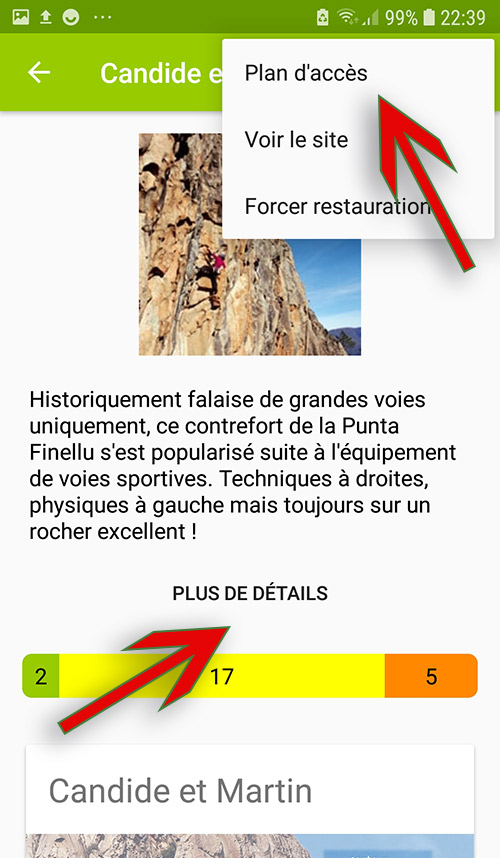 First, a new text area appears when a guide has been purchased. It is a riched text box that allows authors to give a lot of details to buyers of their guides. It can be found in "Miscellaneous information" on iOS and "More details" on Android. Don't forget the access plan that appears in the Android menu when it is available.

Finally, each route can be enriched with information such as comments from the authors, height, interest sometimes and bolters names (we talked about it above). Under iOS, a double tap on the route allows to have this detail. On Android, it was a long press and it was not very intuitive. So we added a little button "i" to make it more obvious.

A big up to Max and Guigui, our 2 Android developers who take on their free time to develop the app. New features are coming soon!

Thanks also to CamCam which is a smartphone noob and denounces everything that is not intuitive :)

Some areas to try this month