Klemen Bečan is a top climber. He started climbing when he was 7 years old and he still climbs with the same passion as on the day he grabbed the first holds. At first he just liked to climb and soon started to train more seriously for the competitions and in 1997 he became youth world champion. In 2008 he won lead world cup competition in Kranj and later he got two 2nd places in bouldering world cups.
Since always he preferred traveling and exploring new outdoor climbing spots in real rock where he was also an active bolter. He bolted new routes in more than 10 different countries. He’s preferred climbing style is “On Sight” and he might tell you that he doesn’t like the grades. Still he managed somehow to climb all the way up to 9a+ and he’s proud of it.

Klemen Bečan likes to climb and he feels better up, high in the wall than on the ground. This is why his favorite rout is a multi-pitch he bolted in Drašnice in Croatia. The route Roctrip which he graded 8c+ is one of the hardest of the kind in the world. But who cares, the view from the middle of the wall is just amazing!

Klemen is still climbing around the world today and he propose as well to share his experience on his website and during organized session for all thoses who wants to improve their climbing and share his passion. The next organized session will be this autumn on the beautiful Kalymnos island. 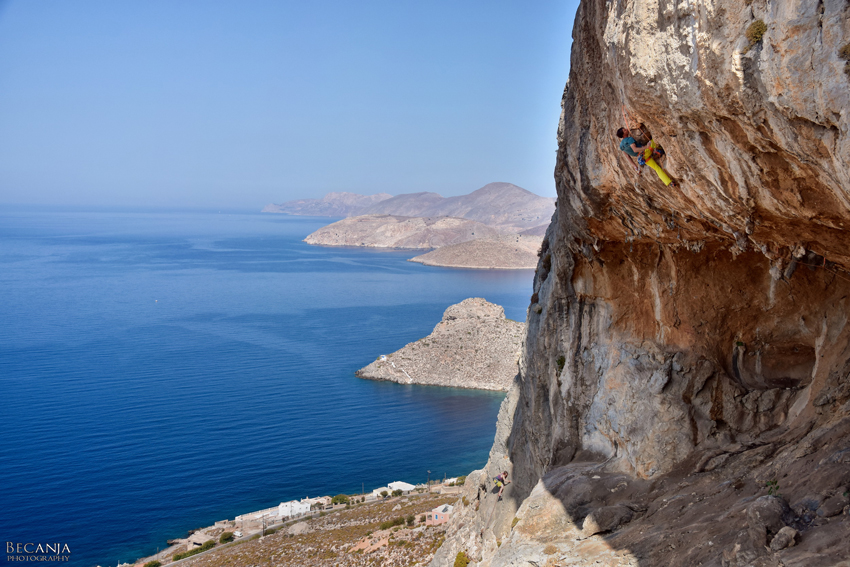